Right of Québec women to vote and to stand for office

Enrich your knowledge of the long quest of Quebec women for political equality.

In Lower Canada, the Constitutional Act of 1791 granted some landowners qualified voter status with no distinction as to gender. Some women in Lower Canada who met the requirements interpreted this constitutional “oversight” as permission to vote and apparently became the only women in the British Empire to exercise that right. However, the times were not propitious for the recognition of women’s rights, and in 1849, under the Baldwin–LaFontaine ministry, this “historical irregularity” was rectified by formally prohibiting women from voting.

In 1892, however, Quebec’s Conservative premier Charles-E. Boucher de Boucherville spearheaded the passing of legislation granting single and land-owning women and widows the right to vote in municipal and school elections, so long as they did not run as candidates themselves.

In Canada, the first suffragettes association, the Women’s Suffrage Society, was created in 1883. In Québec, it would not be until the 20th century that a true movement for women’s right to vote would emerge. In 1912, the Montreal Suffrage Association mobilized its forces to fight for the right of women to vote in federal elections. This right was granted in 1918. 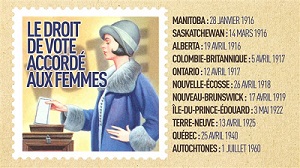 The Québec suffragist movement was essentially an urban phenomenon and the initiative of a minority of women who were ahead of their time. The Comité provincial pour le suffrage féminin (Provincial Committee for Women’s Suffrage) was created in 1922. Most of its members came from the Montreal Suffrage Association and the Fédération nationale Saint-Jean-Baptiste (Saint-Jean-Baptiste National Federation). English-speaking and French-speaking activists joined forces for the same cause. Initially, the committee was co-chaired by Marie Gérin-Lajoie and Mrs. Walter Lyman, until the group split up in 1927. From that point on, the suffragist movement was led by two women:

In addition to being active with these organizations, the two women continued to break down barriers by getting involved in political life and running as candidates at the federal level. Supported by working women, Idola Saint-Jean became the first French-speaking woman in Québec to run as a candidate, doing so as an independent Liberal in the riding of Saint-Denis during the 1930 federal election. Thérèse Casgrain, for her part, stood for election in 1942 in the federal riding of Charlevoix-Saguenay, also as an independent Liberal. While Thérèse Casgrain was defeated nine times in provincial and federal elections between 1942 and 1962, she would become the first woman to lead a Québec political party when she was elected to head the provincial wing of the Co-operative Commonwealth Federation (CCF) in 1951. 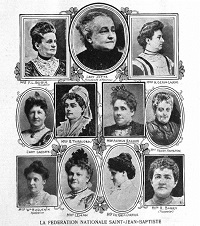 First board of directors of the Fédération nationale Saint-Jean-Baptiste (FNSJB). Source: FNSJB website

The quest for democratic freedoms was long: the road was paved with many pitfalls and there were numerous adversaries. The clergy, politicians, journalists, most women, in short, society in general did not subscribe to the idea of seeing Québec women become full-fledged citizens. At that time, for most opponents, this meant the end of a society founded on the exclusion of women. The Civil Code, adopted in 1866, had entrenched this exclusion, and had also confirmed the legal incapacity of married women. In other words, women did not enjoy the same legal rights as men.

For the most part, the arguments against giving women the right to vote were centred on their place in the home and their role as guardians of the French-Canadian race. The following statements are a good reflection of the obstacles and biases that confronted suffragettes:

“The entry of women into politics, even if only by suffrage, would be a misfortune for our province. Nothing justifies it, neither natural law nor the social interest; the authorities in Rome approve of our views, which are those of our entire episcopate.” (Cardinal Bégin; Source: Cap-aux-Diamants, No. 21, Spring 1990, p. 23).

“Were this bill to pass, women would resemble a star having left its orbit.” (L.-A. Giroux, legislative councillor [Wellington]; excerpt from the April 25, 1940 Legislative Assembly debates).

This was the context in which women struggled to acquire the right to vote. The battle was waged on two main fronts:

Supported by Premier Joseph-Adélard Godbout, Bill 18 was passed on April 18, 1940, by a vote of 67 to 9. The Act granting to women the right to vote and to be eligible as candidates was given assent by the lieutenant-governor on April 25, 1940, finally putting an end to electoral discrimination against women at the provincial level.

“Give women a liberating vote and open the doors to the political arena for women from here so that they may participate in provincial life with as much dignity as in federal life where they have participated for over twenty years.” Idola St-Jean in 1939, speaking before the members of the National Assembly. 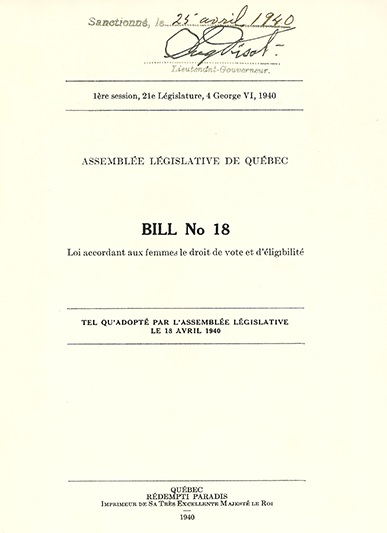 Cover page of the Act granting to women the right to vote and to be eligible as candidates, given assent on April 25, 1940. Source: National Assembly website, Par ici la démocratie

April 25, 1940 marked the end of a hard-fought struggle and the beginning of a new era. From then on, women could vote and stand as candidates, but the next challenge for women would be to get elected. While no women ran in the 1944 election, the first female candidate, Mrs. Dennis James (Mae) O’Connor, ran in the July 23, 1947 by-election in the Huntingdon riding.

It was not until 1961 that women would have a voice in parliament, that of Marie-Claire Kirkland-Casgrain. The first woman to become a Member of the National Assembly and the first woman to be named a minister, she advanced the cause of women by tabling a bill which, in 1964, put an end to the legal incapacity of married women. At the municipal level, women gradually obtained the right to vote between 1968 and 1974, depending on the city or municipality. First Nations women living on reserves have had the right to vote in Québec since 1969. 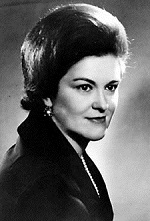 In 2007 and 2008, Premier Jean Charest formed the first cabinet in which men and women were equally represented, a level of parity not seen since. Then in the 2012 election, Pauline Marois was elected Québec’s first woman premier.

Moreover, in the 2018 provincial general election, Québec set two new records for political representation by women. First, there were a record number of women candidates, namely 375 out of 940 candidates, or 40% of the candidates in the election. The number of women elected to the National Assembly was also a milestone. Fifty-three women were elected that year, constituting 42% of all MNAs.

The achievement of political equality and access to power for women has led to advances in legislation and the introduction of numerous measures that have helped Québec society move forward. Since the Québec Charter of Human Rights and Freedoms was adopted in 1975, discrimination based on gender has been prohibited. A number of other legislative advances deserve mention as well:

The struggle for women’s rights has been a gradual, step-by-step process. As Thérèse Casgrain put it when talking about women’s fight for universal suffrage: “Give it enough time and you can cook an elephant in a pot!” While equal rights were obtained, there is still ground to be covered for real equality to be achieved. The various actors in society continue their efforts in this direction.

Percentage of women elected to the National Assembly since 1976

In September 2014, the DGEQ published the report Femmes et politique : facteurs d’influence, mesures incitatives et exposé de la situation québécoise (PDF – in French). The study’s purpose was to provide input for an examination of factors influencing women’s participation in politics and review the measures put in place elsewhere around the world. The study also looked at the situation in Québec and made recommendations regarding the conditions necessary for increasing the number of women in politics in Québec. Among the conclusions, the study found that recruiting candidates is a key factor in ensuring better representation for women.

The study pointed to the stagnation in the proportion of women elected to the National Assembly from 2003 to 2014, where women made up 25% to 32% of MNAs. The study reiterated that “equality is much more than a law: it is also the way it is applied in day-to-day life that makes it a true value of Québec society.” According to the study, equality in practice requires the elimination of obstacles that hinder or make it difficult for any citizen to become a candidate and have access to an elected position. The 2018 general election reversed this trend, with the percentage of women elected exceeding 40%. This progress, however, is not a given for future elections. We must be constantly vigilant concerning representation by women in politics and also the qualitative aspects of such representation (the work performed by female and male elected representatives and work-family balance, etc.). 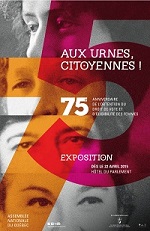 Was this page useful to you?